The History of Cheddar Gorge

Here at The Webbington, one of the finest Cheddar hotels, we are so lucky to have a beautiful piece of ancient history right on our doorstep. But what’s the story behind the origin of Cheddar Gorge?

Cheddar Gorge and Caves was originally formed under the sea over 300 million years ago. The town is now renowned for many things including cheese, flowers and the UK’s oldest skeleton.
As a popular hotel in Somerset, Cheddar has always been a very special place for us and truly boasts some incredible history, geology and wildlife. The limestone rock of the Gorge and its Caves has travelled the world and even lasted through the Ice Ages. During the last Ice Age acidic water swept through cracks in the rocks causing the intricate cave systems which were are now graced with. The fantastic cave formations were sculpted by nature and decorated by colourful trace elements of minerals.

Cheddar’s scenic and thriving landscape was the perfect habitat for animals, birds and plants to flourish in. However, it wasn’t long before our hunter-gatherer ancestors inhabited Cheddar.

First the Neanderthals, then Homo sapiens, occupied the many caves in the Gorge. To this day, Britain’s oldest complete skeleton is of the Cheddar Man who was buried over 9000 years ago. Visitors can find out more about his story at The Museum of Pre-history in Cheddar.

The village was popular in the Roman Britain era in which the Roman men and women relied on the Mendips for their lead supply. Following this, the Saxons took charge and started to build a royal palace and church in Cheddar and began hunting for the world’s most popular cheese. This bustling town really began to prosper during the middle ages, with many flocking to Cheddar to work as lead miners. During the late 18th century Romantic movement, wealthy and cultured people to started take an interest in wild and dramatic scenery.

The produce-rich Cheddar meant many Bristol merchants flocked to the town, and local people rushed to earn money by catering to their enthusiasm. This was the start of its booming tourism destination. Thousands continue to visit the Gorge each year to enjoy its glorious scenery, caves, museums, walks, gift shops and eateries.

The area is rife with various species of wildlife, in particular the infamous herd of feral goats that grace this spectacular National Trust site. Why not explore the awe-inspiring heights of Cheddar Gorge and experience the unforgettable views of the natural beauty of Somerset.

Visitors can spend an afternoon hiking up Jacob’s Ladder and stroll along the scenic cliff-tops, before returning one of the many dainty tearooms in the village. The world famous Wookey Hole Caves are located only 6 miles from the hotel, and are a must-see for anyone staying in the area.

If you’re looking for the best hotels Cheddar has to offer, then look no further. 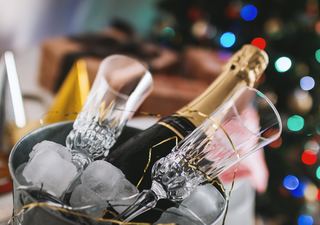